An Austrian-Chinese Pre-School Music Education System based on the wirth method will be introduced to China, marking a new chapter of preschool education in the country. 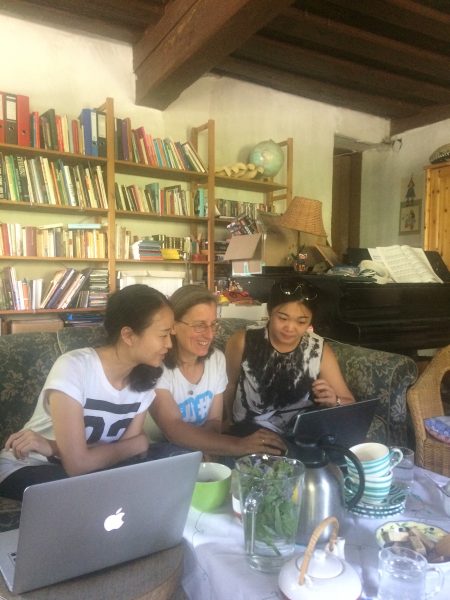 This summer, coordinators for the FVBC (Friends of the Vienna Boys Choir) Kindergarten have travelled to Austria to receive special training with the Vienna Boys Choir and the wirth music academy through various workshops, discussions and meetings. They will return to China for the upcoming school season to further train the pre-school teachers on location in the Austrian-Chinese Pre-School Music Education System. The FVBC Kindergarten will provide international and specialized facilities for pre-school education and shall be a unique example to all kindergartens in China.

The Pre-School Music Education System is the achievement of “Austrian-Chinese Music Research Project” which was developed by the Austrian and Chinese music research team under the leadership of Prof. Gerald Wirth and Prof. Yang Limei. The system is developed on the basis of the wirth method and adapted to fit into the Chinese educational needs and requirements.

On July 20, 2017 a press conference took place at the Pudong Shangri-La Hotel, Shanghai, announcing the introduction of the Pre-School Music Education System used by the Vienna Boys Choir, the wirth method, into China.

As the final highlight the first FVBC Kindergarten was launched in Shanghai, together with the FVBC Shanghai Centre, a non-profit orientated organization with aims to enhance music educational exchanges and co-operation between the Vienna Boys Choir and the Chinese side, and to support the development of choral and music education for Chinese children.